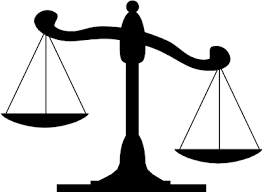 NOTICE OF INTENT TO REQUEST RELEASE OF FUNDS (NOIRROF)

NOTICE OF INTENT TO REQUEST RELEASE OF FUNDS (NOIRROF)

On or about October 16, 2019 the Village of Canton will submit a request to the Office of Community Renewal for the release of CDBG funds under Title 1 of the Housing and Community Development Act of 1974, as amended, to undertake a project known as Village of Canton Grasse River Apt. Elevator ADA Compliance for the purpose of rehabilitating elevators to remove an architectural barrier that restricts the mobility of and accessibility to elderly and handicapped persons at 35 Riverside Drive, Canton, New York with an estimated total project cost of $678,114.00.

The activities proposed ARE CATEGORICALLY EXCLUDED UNDER HUD REGULATIONS AT 24 CFR PART 58 FROM NATIONAL ENVIRONMENTAL POLICY ACT REQUIREMENTS. An Environmental Review Record (ERR) that documents the environmental determinations for this project is on file at Village of Canton, Office of Economic Development, 60 Main Street, Canton, New York 13617 and Village Clerk’s Office, 60 Main Street, Canton, New York 13617 and may be examined or copied weekday’s 8 A.M to 4 P.M.

Any individual, group, or agency may submit written comments on the ERR to the Canton Office of Economic Development. All comments received by October 15, 2019 will be considered by the Village of Canton prior to submission of a request for release of funds.

OBJECTIONS TO RELEASE OF FUNDS

The Office of Community Renewal will accept objections to its release of fund and the Village of Canton’s certification for a period of fifteen days following the anticipated submission date or its actual receipt of the request (whichever is later) only if they are on one of the following bases: (a) the certification was not executed by the Certifying Officer of the Village of Canton; (b) the Village of Canton has omitted a step or failed to make a decision or finding required by HUD regulations at 24 CFR part 58; (c) the grant recipient or other participants in the development process have committed funds, incurred costs or undertaken activities not authorized by 24 CFR Part 58 before approval of a release of funds by the Office of Community Renewal; or (d) another Federal agency acting pursuant to 40 CFR Part 1504 has submitted a written finding that the project is unsatisfactory from the standpoint of environmental quality. Objections must be prepared and submitted in accordance with the required procedures (24 CFR Part 58, Sec. 58.76) and shall be addressed to Crystal Loffler, Acting President, at Office of Community Renewal, Hampton Plaza, 38-40 State Street, 4th Floor, Albany, NY 12207. Potential objectors should contact the Office of Community Renewal to verify the actual last day of the objection period.