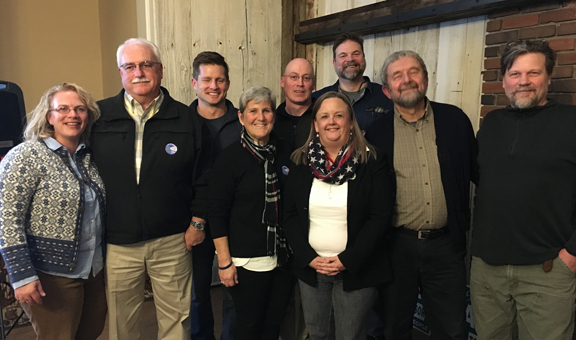 Election Day 2017 brought some changes to Canton. In the Village, Mayor Mike Dalton was reelected to a two-year term, as were Trustees Sean O’Brien and Carol Pynchon. Klaus Proemm was elected to a one-year term, filling out Dwight Stevenson’s Trustee term. The Village held its reorganizational meeting and swearing in on Monday, December 4, 2017.