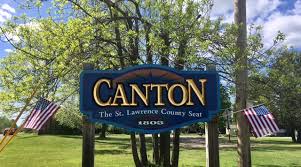 At the monthly Village Board meeting on Monday, June 15, the Trustees and Mayor unanimously approved the following resolution.

RESOLUTION
In Support of Black Lives

Whereas, the killing of a Black 46-year-old father of two, Mr. George Floyd, by a police officer has sparked protests in the Village of Canton, our neighboring towns and villages, and across the nation, and

Whereas, these protests remind us once again that for centuries our nation’s social institutions, including education, healthcare, business, government, and criminal justice, have systematically and disproportionately discriminated against Black people, and

Whereas, our nation’s laws afford everyone, regardless of race or ethnicity, the right to equal protection and equal justice under the law, and

Whereas, we recognize that People of Color who live, study, work, and recreate in Canton experience incidents of racism on an individual and systemic level, and

Whereas, the people of Canton wish to welcome and include people of all races and ethnicities and to create a community where everyone can thrive.

Now therefore be it resolved, that the Village of Canton Board of Trustees condemns all acts of racism and discrimination against People of Color and affirms that Black lives do matter, and

Be it further resolved, that the Village of Canton Board of Trustees recognizes that it is the responsibility of all elected and appointed officials, municipal staff, and law enforcement personnel, to commit to making the Village of Canton a welcoming, inclusive, and safe community in which people of all races and ethnicities can thrive.